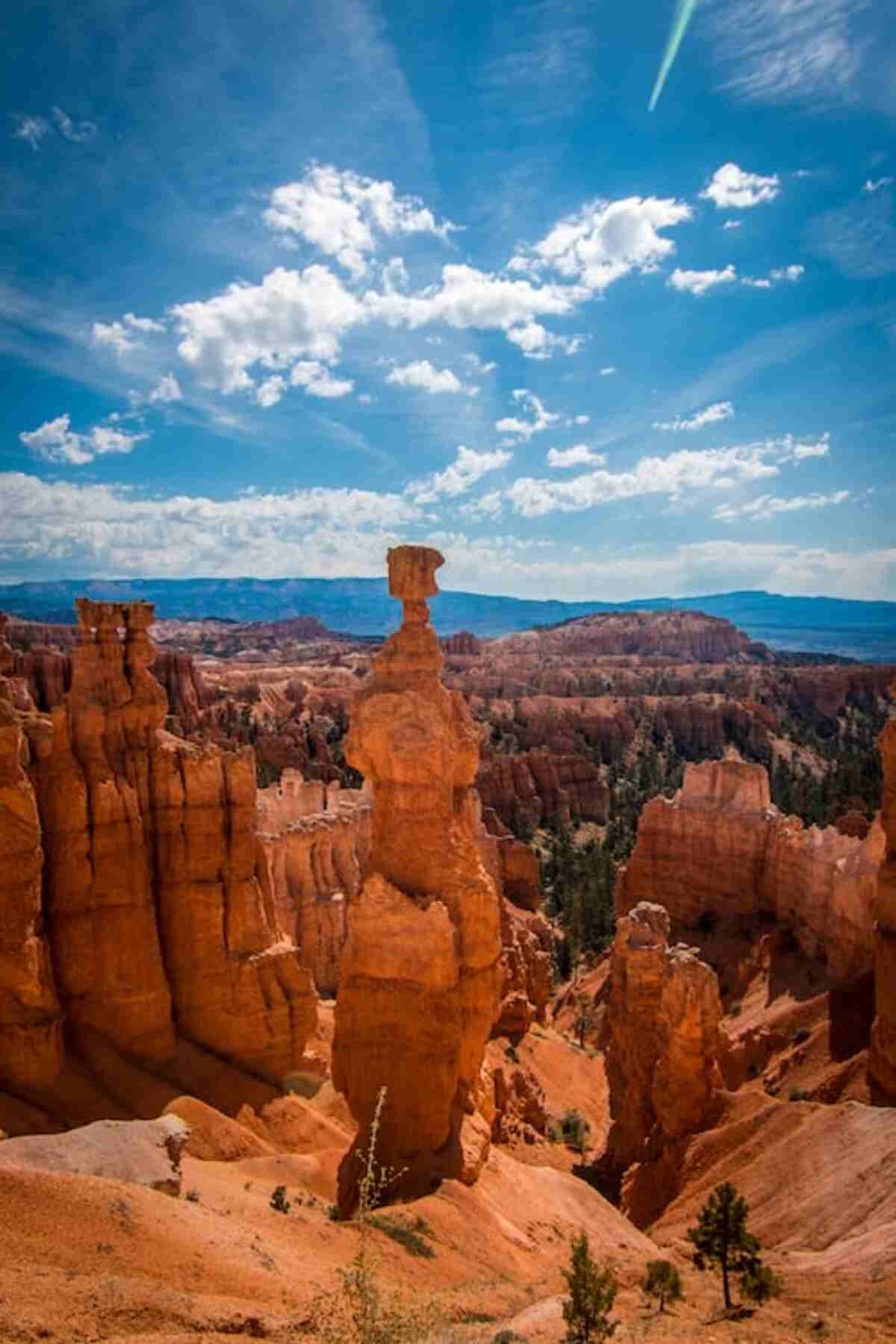 Bryce Canyon National Park is a large, sprawling reserve in southern Utah. The park is known for its crimson-colored hoodoos and spire-shaped rock formations. If you want to see them, the best time to do so is at sundown.

The Tertiary rocks of Bryce Canyon

The Claron Formation is the dominant rock formation at Bryce Canyon. It is composed of limestone and sandstones. Many of the rocks at Bryce Canyon are pink and white limestones. This is because the chemical oxidation of iron-bearing minerals gives the stone its reddish hue.

Other Tertiary rocks at Bryce Canyon include the Pink Cliffs Formation, the Table Cliff Plateau, and the Boat Mesa Conglomerates. They were all formed around 60 million years ago. During this period, Bryce Canyon was a part of the sea.

Bryce Canyon is home to over 160 bird species, and most migrate to warmer climates. Swifts, swallows, and other birds also feed on insects in flight.

Throughout the history of Bryce Canyon, the area has been subject to several dramatic events, including earthquakes and volcanoes. In addition, the area was carved by the Paria River.

The hoodoos of Bryce Canyon

Hoodoos are rock formations that are formed from erosion and weathering. They are pillars of rock, often made of soft sandstone, encased by a more complex layer.

Bryce Canyon National Park in Utah is famous for its unique Hoodoos. Thousands of them line the park’s rim, and many lights up like fire during the sun’s last rays.

Bryce Canyon’s hoodoos are carved from Claron Formation, an ancient limestone. It has been weathered for millions of years and eroded into bizarre shapes. As a result, the rock is highly colorful. Some colors come from trace amounts of iron oxide in the underlying rocks.

The hoodoos in Bryce Canyon are located at the edge of the Paunsaugunt Plateau. Pioneers settled in the area around the plateau rim in the early days. These people discovered spires and pinnacles and called them “hoodoos.”

The combination of water, ice, gravity, and time causes the formation of these unique landforms. As a result, hoodoos are constantly being reformed, eroded, and disintegrated.

The Lodge at Bryce Canyon

The Lodge at Bryce Canyon is one of the most popular places to stay in the Bryce Canyon National Park. Guests can feel at home with accommodations like suites, studio rooms, and cabins. If you’re not looking for a hotel, there are also several beds and breakfasts in the park.

Located just steps from the Bryce Amphitheater, The Lodge at Bryce Canyon is a historic inn with unrivaled access to amazing views. It also offers world-class hiking trails.

Guests can enjoy breakfast, lunch, or dinner at the restaurant inside The Lodge. In addition, a pizzeria, coffee shop, and general store are located on the property. You can purchase items such as toiletries, souvenirs, or a glamping hoodie for your convenience.

If you’re looking for adventure, you can take a horseback ride into the park’s interior. Horseback tours can be arranged in the lobby. You can also rent a secluded tree house and enjoy the sweeping views of Bryce Canyon.