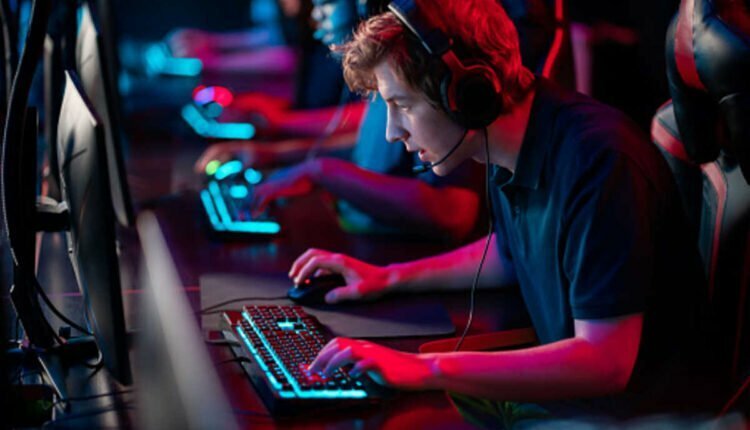 Regardless of your skill level or interest in gaming, there are hundreds of free PC games to choose from. However, it can be difficult to decide which ones are worth your time. To help you out, here is a list of the top free games to play online.

Originally developed as a website and mobile app, Akinator has been downloaded more than 100 million times worldwide. The game uses an artificial intelligence program to generate questions, which the player must answer correctly to earn points.

The game was designed by French IT engineering company Elokence. Its creators claim to have a large database of characters.

The game includes a handful of cool features. Users can customize their character to look just like a vampire, cowboy, disco dancer, or a blue genie. It also includes a multiplayer mode, allowing players to test their deduction skills against each other. The app can be played on multiple devices, including PCs, tablets, and smartphones.

Among the best free PC games, Deceit puts players’ instincts to the test and masterfully stokes paranoia-driven fires. A first-person shooter, the game challenges players to survive a creepy location. Its multiplayer mode allows players to work together to find clues to identify the imposter.

The game is set in an asylum, and it puts players’ trust and shooting skills to the test. One out of three members of the team is infected by a mysterious virus, and they must work together to escape the asylum.

Developed by the Allods Team and published by META PUBLISHING, Armored Warfare is an online multiplayer game that puts players in charge of modern armored fighting vehicles. It is set in a fictional near-future where terrorist attacks have led to the collapse of major institutions. In the game, players assume the role of mercenary piloting armored fighting vehicles (AFVs) in the fight against an enemy.

Armored Warfare has a similar system to World of Tanks. Players begin with free tier I vehicles and can progress to the next tier by earning credits. Players can then upgrade their existing vehicles or purchase new ones with in-game currency. In addition, players can purchase cosmetics and performance modules.

Whether you’re a fan of shooters, or just looking for something new, Paladins may be the perfect game for you. It’s free to play, and you can play it on any platform you like. And it’s a great multiplayer game.

The game is based on team-based objectives. Two teams fight for control of a central capture point. The first team to capture four points wins the match. Each team has a unique champion, who has unique skills and a unique weapon. You can also buy items to enhance your character’s stats and abilities.

Developed by NetEase Games, Super Mecha Champions is an action shooter game that takes players on a futuristic adventure in a manga-style world. The game features giant robots, high-tech weapons, and a range of characters to choose from. The game also features a battle royale mode, where players try to eliminate their opponents until only one survives.

The game is available on both mobile and PC. The game has a short tutorial that shows users how to play the game. Using this, players will learn the basics of the game, including how to control their mecha.

Using a combination of roguelike elements and real-time side-scrolling platformer elements, Spelunky has won critical acclaim for its atmosphere, gameplay, and level design. It was nominated for three awards at the Independent Games Festival. It was listed as one of the top 30 games of 2012 by Paste Magazine.

STAR WARS(tm): The Old Republic is a free-to-play massively multiplayer online role-playing game (MMORPG). Set 3,000 years before the events of Star Wars: The Original Trilogy, players can explore the galaxy and create their own legacy. The game offers a wide range of class roles, which shape the player’s journey.

Players can play as a Jedi, Sith, Bounty Hunter, or Rebel Alliance. Each class has its own unique storyline, and players can choose a path through the Light or Dark side of the Force. The game’s storyline is driven by narrative and interactive storytelling. It includes cinematic dialogue and full voiceovers for all in-game characters.

Until July 28th, you can play Shop Titans for free on the Epic Games Store. You’ll get all the bells and whistles of a paid version, plus a free gift!

Basically, Shop Titans is a clone of Shop Heroes, but with a lot more bells and whistles. In the game, you’ll build your own fantasy shop, recruit heroes, and craft items for sale. You’ll also be able to take your heroes into battle against challenging bosses and trade with real-life players across the globe.

Five of the Best Browser Games

The Best Free Games on Steam