How Gun Ownership Can Be Used as a Security Tool 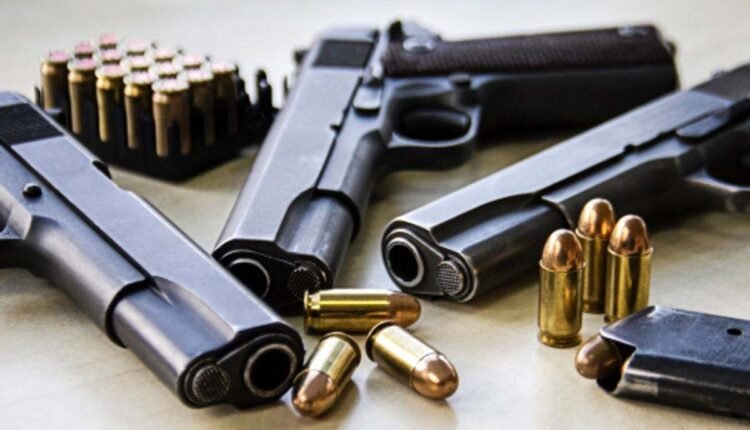 Gun ownership is a controversial issue, with each side highlighting different points to argue their point. On the one hand, we have pro-gun advocates who argue that owning a gun is necessary to protect oneself and your family from terrorists. On the other hand, we have antimilitarism activists who argue that guns are unnecessary in society and should be banned from public places.

One thing is for sure: guns are here to stay. With more than 300 million firearms circulating in the United States alone, gun ownership has become an integral part of American society. Gun control activists also argue against this high number of guns in America – stating that this is due to lax gun laws and easy access to firearms (since they can be purchased online or at local stores).

Contents hide
1 In the wake of mass shootings and terrorist attacks, many people consider increasing their gun ownership as a security measure. But is it a good idea?
1.1 Why Gun Ownership is NOT Guaranteed Protection in Today’s World
1.2 Benefits of Gun Ownership that Make It Worthwhile to Own One
1.3 How to Best Buy Guns & Use Them the Right Way? Several tips can help you achieve this goal.
1.4 Conclusion: Whether you already own guns or not, make sure you know how to use them properly before buying one

In the wake of mass shootings and terrorist attacks, many people consider increasing their gun ownership as a security measure. But is it a good idea?

With so many mass shootings and terrorist attacks hitting the news, people are becoming increasingly aware of the security of their homes.

In light of these events, some people consider increasing their gun ownership as a security measure. This is a controversial issue that has been discussed at length online.

There are pros and cons to this debate, and there are many different sides to this issue with different opinions on each side. While there is no right answer to this controversial issue, it’s important to be informed of your stance before making any decision.

Why Gun Ownership is NOT Guaranteed Protection in Today’s World

Gun ownership is NOT a guarantee of protection. Although many believe that they can protect themselves with guns if they need to, we’ve seen that the world has grown more dangerous in the last few decades.

Political and social instability is rising with the continued rise of terror groups like Al Qaeda, ISIS, and Boko Haram. With these new threats, many have begun to take their safety into their own hands by purchasing firearms for self-protection.

Benefits of Gun Ownership that Make It Worthwhile to Own One

When you own a gun, you can protect yourself and your family from criminals. It can also be used for hunting purposes.

When you own a gun, it’s easy to take care of and maintain it. You don’t have to worry about spending money on repairs or accessories if you don’t want to.

The benefits of owning guns are too many to list in one article, but some of the most important include self-protection, hunting, and personal security.

How to Best Buy Guns & Use Them the Right Way? Several tips can help you achieve this goal.

Buying your first or second firearm can be a daunting process, and finding the right gun for you isn’t always easy. It cannot be very clear.

There are many things to consider when purchasing a firearm, and it may seem overwhelming at first if you have never done anything like this before. No worries! We’ve got you covered with these buying tips that will help you take the necessary steps to find the perfect weapon for your home arsenal. You can buy the best AR-10 rifle kits online from Palmetto State Armory.

The article is about how to buy guns safely and effectively by providing several tips that will help you make good choices when purchasing firearms, such as checking for quality, asking for advice from a local firearms dealer, researching types of firearms, assessing gun laws in your area and understanding different types of ammunition.

Conclusion: Whether you already own guns or not, make sure you know how to use them properly before buying one

So whether you already own guns or not, make sure you know how to use them properly before buying one.

It is also recommended that you make sure that the gun dealer is licensed and approved if you are thinking of buying a gun.

Read Also: All about Smoke Detectors

Mango Clothing – How to know the best info