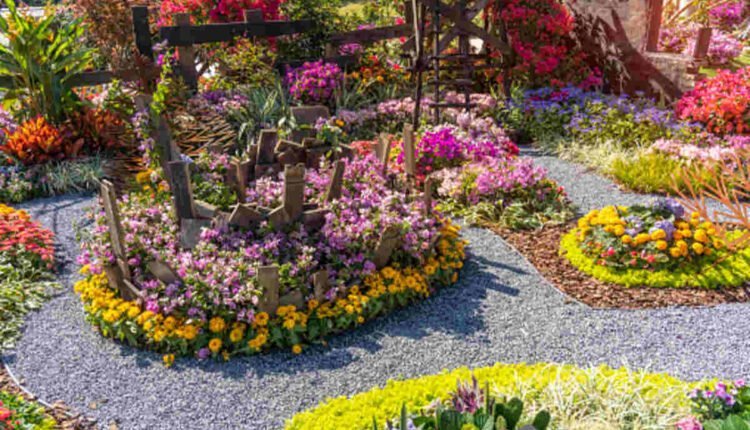 Piet Oudolf is the Netherlands’s leading garden designer, author, and plant nurseryman. His designs focus on bold drifts of grasses and herbaceous perennials. The Dutch landscape architect also founded the “New Perennial” movement. He embodies the philosophy of the New Perennial.

Piet Oudolf is a Dutch landscape designer. His work has appeared in many notable places, including the High Line in New York City, the Lurie Garden in Chicago, the Toronto Botanical Gardens, and Belle Isle in Detroit. Originally from the Netherlands, Oudolf studied horticulture in college and worked as a landscape designer for a garden nursery in Boskoop.

Piet Oudolf has also made great use of Sanguisorbas, a hardy perennial. The white form of Chinese burnet, Sanguisorba tenuifolia, is a good scrim plant and screen plant. In addition, it is a good plant to grow in the front garden, which can serve as a shelter for bees.

Oudolf’s work demonstrates how plants can enhance the habitats of animals. He uses a sophisticated palette of plants to achieve this. The colors of plants chosen by Oudolf reflect the rhythm of each season. He also introduces some plants to the mainstream.

Piet Oudolf’s naturalistic approach to gardening has influenced many other garden designers. His gardens have been featured in countless magazines and have won numerous awards. His gardens are designed to be low-maintenance and support wildlife. In addition, he is a prolific writer and has published several books on gardening.

The Dutch designer Piet Oudolf is renowned for creating gardens that feel spontaneous and natural. His distinctive style uses color, form, and texture to create a harmonious garden. His extensive knowledge of plants is an essential part of his designs. He says his goal is to recreate the spontaneity that nature offers us.

In his gardens, organic shapes and winding paths embrace visitors, making it feel like you’re entering a family home. This approach allows for an intimate connection between the garden and the people who visit it. The designs aren’t forced, so visitors are free to discover them on their own.

Depending on the planting style, Oudolf may use a combination of two plants or even two entirely different plants, depending on their size and location. This is called “matrix” planting. Oudolf’s designs usually consist of a mix of plants grown together in small plots.

Oudolf’s gardens are lush and massive and perfectly harmonious with the city’s unique architecture. He uses a mix of plants and flowers to create the desired effect. He does not prune any plants in his designs, leaving them to be spontaneous and uncontrolled. He also doesn’t cut off spent blooms or stalks. These are a natural part of the cycle of life and should not be discarded.

In addition to their ability to be spontaneous, Oudolf’s gardens are filled with juxtapositions and combinations. He uses many more species than are typically used in gardens. For example, the gardens at Hauser and Wirth contain 150 different species.

Plants that are placed carefully

In his gardens, Piet Oudolf emphasizes the importance of carefully placed plants. These plants should complement each other and work together in harmony with each other as they age. He has a passion for plants and their life cycle of them. He created many books that describe his design techniques.

Piet’s planting designs are intricate, involving thousands of plants and dozens of volunteer gardeners. The resulting gardens are dazzling and humbling. His planting plans are meticulously drawn, with x’s, arrows, icons, and shapes resembling street maps.

His designs include living landscapes for the Vitra Campus, home to numerous world-class architecture works. The garden complements and contrasts the architectural works. Piet Oudolf was commissioned by Vitra chairman emeritus Rolf Fehlbaum to create the garden.

Plants that are placed in layers

Layers and repetition characterize Piet Oudolf’s style. His designs often feature magenta-purple spikes and blazing stars. In addition, he uses plants that are less commonly seen in gardens. Many of these plants are perennials that provide interest in the winter.

Oudolf’s plants are carefully chosen based on their texture and shape. Once the blooms have faded, they are left in place, revealing the architectural elements beneath. Some plants even look good dead. Some varieties are hardy enough to survive temperatures as low as -50 degF.

Piet Oudolf also makes extensive use of Sanguisorbas. These hardy perennials provide excellent screens and scrims. Finally, for a long border, he recommends ‘Blue Angel.’ This species attracts bees and has golden foliage in the autumn.

In contrast to many gardens, Oudolf uses plants that do not compete with each other. These plants are usually longer-lived than the average plant and will not push each other out. Moreover, the plants should be grouped so they do not overshadow one another.

Oudolf’s naturalistic gardens have a lot of flowers, including some native species. This garden style makes it easier to attract pollinators and other insects. He also makes sure to leave plants standing during winter until the new growth starts.

Plants that are placed with a certain amount of “interference”

Using a certain amount of “interference” to create visual interest is a signature technique of Piet Oudolf. He has a long history as a nurseryman and plant breeder and knows how plants behave throughout their lives. Oudolf often mixes two or three plants of the same species in the same drift. The resulting look stretches and draws the eye to the space.

The gardens of Piet Oudolf are described as “intimate” and “spontaneous.” These gardens rely heavily on grasses and structural perennials to evoke prairies or flower-filled meadows. Because of this, plants must be placed with a certain amount of “interference” to create the look he is trying to create. Oudolf’s designs are very specific, and his plants are rigorously tested for longevity.

How to Choose a Large Wall Mirror