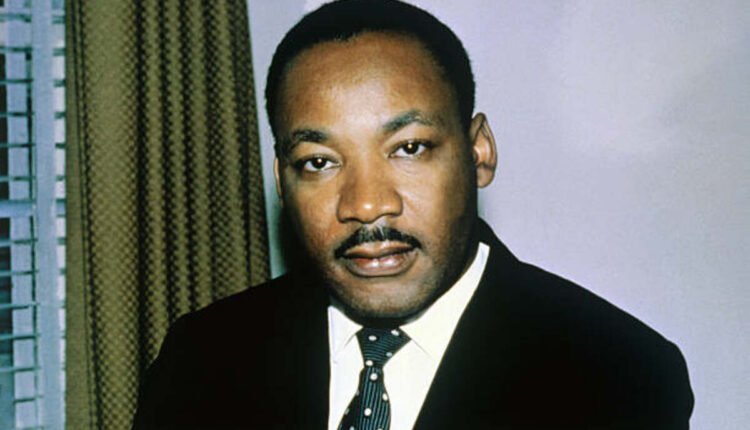 Martin Luther King Jr. was an American Baptist minister and activist who was essential to the civil rights movement. Unfortunately, he was assassinated in 1968. He was also a gifted student. Learn more about the man behind the movement in this biography. You’ll be inspired by his accomplishments and his dedication to helping others.

Contents hide
1 Martin Luther King was a civil rights leader.
1.1 He founded the Southern Christian Leadership Conference.
1.2 He was assassinated in 1968
1.3 He was a gifted student.
1.4 He was a minister
1.5 He courted Coretta Scott.

Martin Luther King was an American civil rights leader who led the fight for equal rights. He was arrested and jailed 29 times for his activism, mostly in cities in the South. Despite this, he continued to march and advocate for equal rights. In the 1960s, King expanded his cause beyond the civil rights movement to other areas of society, including poverty and the Vietnam War.

In the South, King was confronted with racism and prejudice early on. He never forgot an incident where his white playmate refused to play with him. Segregation was a big issue at the time, and King was only six years old when it began. King was close to his maternal grandmother, who died in 1941. When he was 12, King attempted suicide by jumping from a second-story window.

In February 1957, Martin Luther King founded the Southern Christian Leadership Conference (SCLC). The conference was a network of organizations that sought to achieve equal rights for African Americans and to promote equality through nonviolent means. The conference had several goals, and the names of the people who ran it changed throughout the years. The organization’s first president was Dr. King, and other members included Dr. Ralph David Abernathy and Rev. C. K. Steele. In February 1957, the organization elected officers. Other members included attorney Israel M. Augustine, Rev. C. K. Steele, and others who worked with the conference.

The SCLC was initially named the Southern Negro Leaders Conference on Transportation and Nonviolent Integration. However, the group changed to the Southern Christian Leadership Conference after three meetings. This move was meant to avoid conflict with the NAACP, which was already active in the Civil Rights movement. The SCLC comprises a network of local affiliate organizations, including church groups, civic leagues, and ministerial alliances.

He was assassinated in 1968

The assassination of Martin Luther King spurred endless debate. Some people believe that the Mafia hired James Earl Ray to kill King, while others believe he was a scapegoat. Ray was born in 1928 outside St. Louis and had a background in armed robbery and theft. He was sentenced to 20 years in the Missouri State Penitentiary in 1959 but managed to escape.

The assassination of King triggered a series of reactions and events that would shake the nation. King’s assassination came at a particularly turbulent time as the civil rights movement and the Vietnam War were in full swing. While King opposed the policies of the U.S. government, he was reluctant to criticize the president. Johnson’s support was vital to the Civil Rights Act of 1965.

He was a gifted student.

While in college, Martin Luther King Jr. was considered an underachiever by his teachers and classmates. He didn’t yet commit to religion and was considering a career in the law or medicine. While at Morehouse College, King read the book Civil Disobedience by Henry David Thoreau, an American transcendentalist who stressed justice over law. His education led him to become a strong advocate for social justice.

The civil rights movement was a long-term movement that began well before the First World War. King was a gifted campaigner and involved in the Montgomery Bus Boycott. Later, he became a leader of the Southern Christian Leadership Conference. He stressed nonviolent protests, including boycotts, marches, and sit-ins. In the 1960s, civil rights issues became the focus of public life, and the 1964 Civil Rights Act and 1965 Voting Rights Act changed America’s social and economic conditions for black people.

He was a minister

Before becoming a civil rights movement leader, Martin Luther King was a minister. He served as a minister in several churches in Montgomery, Alabama. He began his ministry as a teenager and soon rose to prominence as a Southern Christian Leadership Conference leader. In 1948, he was ordained as a minister at the Ebenezer Baptist Church in Atlanta. In 1960, he began working as a co-pastor with his father at Ebenezer.

King had many responsibilities as a pastor. His early years in Montgomery were filled with challenges. Despite racial segregation, he aimed to include everyone in his congregation. He even gave women leadership roles. When King came to the city, racial tensions were roiling the city. At 25, he was forced to stand on a bus because he was black. He also led many peaceful protests against bus discrimination and helped spark the Montgomery bus boycott. While many of his followers viewed him as a civil rights activist, he viewed his role as a minister first.

Coretta Scott met Martin Luther King Jr., a young minister from Atlanta while studying at Boston University. Unfortunately, their first date didn’t go as well as they had hoped. King was too overwhelming for Coretta. But they kept meeting, and soon Coretta became impressed by King’s drive and concern for the underprivileged. Coretta wondered if the young minister would ever truly understand the struggles of the poor.

Coretta and Martin met through Mary Powell, a mutual friend. The two were both studying for Ph. Ds in the School of Theology at Boston University. Coretta was a voice student at the New England Conservatory of Music. During their courtship, Coretta decided to switch her major from performing arts to music education, which allowed her to become a teacher. However, she still wanted to maintain her independence. This independence was also displayed in her vows.

How you can Write a Headline and Get Your Prospect by the Eyes!