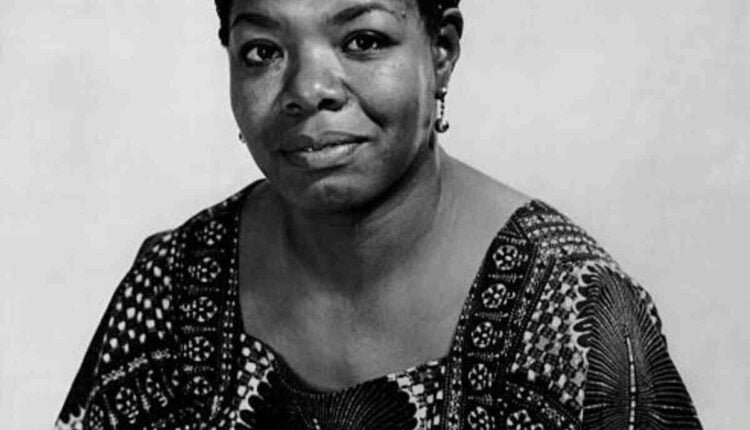 Maya Angelou is a celebrated American poet, author, and civil rights, activist. She has published seven autobiographies, three collections of essays, and several volumes of poetry. She is also credited with writing a series of plays and films. This Maya Angelou biography will teach you about her life and work.

The setting of All God’s Children Needs Traveling Shoes is Ghana during the 1960s. The novel follows the journey of Maya Angelou and her son Guy, who are about to enroll in the University of Ghana. While Guy’s recovery is a significant part of the story, Angelou falls into a depression and is comforted by her friend Julian Mayfield. He also introduces her to Efua Sutherland, the Director of the National Theatre of Ghana.

While reading All God’s Children Need Traveling Shoes, I was struck by how timely and relevant it feels. Angelou acknowledges that American Black and African-American culture are interrelated in many ways. There are similarities between spoken and nonverbal languages, food and sensibilities, and the behavior of family members. She draws comparisons between her grandmother’s generosity and that of many African mother figures. She also tells the story of her own encounter with a West African woman who recognizes Angelou as part of the Bambara tribe.

The fifth volume of Maya Angelou’s seven-volume autobiography series, All God’s Children Need Traveling Shoes, was published in 1986. This memoir is from 1962 to 1965 when Angelou was 33. It details the events of her childhood in Accra, Ghana.

This book is one of Angelou’s best-known works, but many of her other works are equally inspiring. This book explores the lives of disenfranchised African Americans in Ghana. She also explores the ancestry of people who were wrongfully taken from their homes.

I Know Why the Caged Bird Sings

I Know Why the Caged Bird Sing is the first of seven volumes of Maya Angelou’s autobiography. It chronicles the life of the young Maya Angelou and is an inspirational tale of coming of age. The autobiography highlights the power of the human spirit, literature’s importance, and character’s strength.

The book was written in the aftermath of the 1968 assassination of Martin Luther King, Jr. Maya Angelou met writer James Baldwin and cartoonist Jules Feiffer in the wake of her friend’s murder. Angelou also wanted to draw attention to the struggles of black people battling racism. The book became one of the best-selling books of its time, and the story was made into a television movie in 1979.

Paul du Feu and Maya Angelou met at a literary event in Soho in 1973. She had recently published her autobiography, and du Feu immediately tagged her as “the most beautiful woman in the world.” They began a relationship and eventually married in 1973 in San Francisco. Though they were unhappy for a while, their marriage was happy. They remained fast friends, even after the divorce.

Angelou’s work changed expectations about memoirist writers. In particular, she began to discuss her life as a Black woman, with her experience of racism and rape. Her personal experiences were previously underrepresented, and this memoir shifted the standard for African American writing.

In August 1999, Watts, California, was the scene of riots. When the riots broke out, Angelou was a market researcher there, and she walked through them unharmed and unnoticed. After the riots, she devotes herself to writing. A friend of hers, James Baldwin, encourages her to write and provides financial support. Angelou works on a drama and later begins to write poetry.

Although the riots were the result of racial tensions, they also sparked debate about the causes and effects of the riots. Watts residents had been experiencing great blight for a long time, and they were angry and reacted accordingly. The riots also led to the destruction of hundreds of buildings and entire city blocks. The rioters’ actions made it impossible for firefighters to protect the communities.

Maya Angelou is a famous American poet, memoirist, and civil rights, activist. She is the author of seven autobiographies and three collections of essays. She also authored several volumes of poetry. Many of her works have been made into plays and movies. The following list of her works is a partial list.

In addition to her writings, Angelou was also an educator and worked as an associate editor of the Arab Observer in Cairo, Egypt. She later became an assistant administrator of the School of Music and Drama at the University of Ghana. Angelou was also a successful screenwriter and director and was the first African American woman to direct a feature film in Hollywood. She was also the first Black woman to recite a poem at the inauguration of a U.S. President and the first Black woman to appear on a U.S. coin. Many firsts marked her life, and her death on May 28th, 2014, brought many tributes from former U.S. Presidents and notable figures.