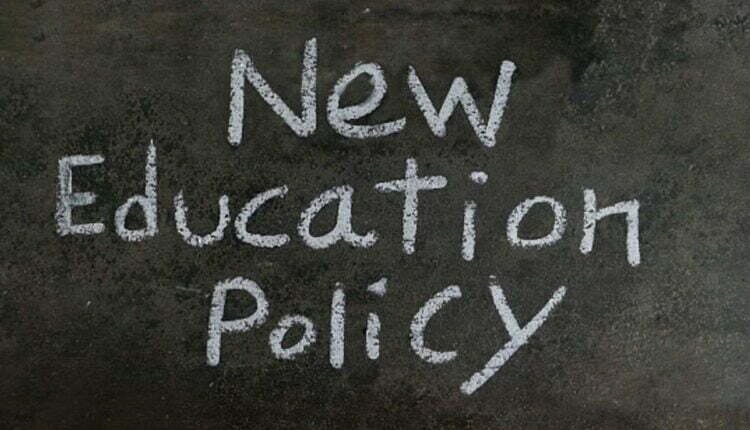 The government recently unveiled its new education policy in India. It will focus on online learning and flexible course scheduling and aim to have multidisciplinary universities of 3000 students or more by 2040. By 2030, one oversized HEI should be established in every district. In addition, college affiliation will be phased out. This is good news for students and parents, but there are also some concerns. Let’s discuss some of the key points.

In its proposal, NEP 2020 takes the approach of Mahatma Gandhi’s Nai Talim, which was intended to transform the educational system. It emphasized the importance of training the head, heart, and hand. It emphasized the importance of local participation and mapping local opportunities and a credit-based National Skills Qualification Framework. The proposed curriculum emphasizes the integration of vocational education with higher education.

The National Vocational Education Policy aims to ensure that 50% of the population is exposed to VE by 2025. However, the policy notes that VE must be integrated into mainstream education. Incubation centers, skill labs, and shorter certificate courses are examples of ways to integrate VE. A national committee of experts in VE can be established and work closely with the industry to ensure that VE is integrated into mainstream education.

The National Education Policy 2020 recognizes the importance of VE in developing the Indian demographic dividend. The USA, Germany, and South Korea all have higher rates of VE than India, and the policy emphasizes the need to remove harmful hierarchies between different areas of learning. However, the lack of vocational training places for people with low educational backgrounds will hinder the ability of such youths to achieve their potential. Therefore, the vested interests of these young people should not be ignored.

The new 5+3+3+4 education policy in India has many implications. The new curriculum will include a pre-school in the foundation stage, which was previously considered informal. This system will focus on vocational education while still imparting the core subjects and will result in structural changes. Here are the main benefits and risks of this new system. – It will result in a more flexible learning environment.

– The new curricular structure is based on different developmental stages and will include regional and Indian traditions. It will also incorporate logical, scientific, and quantitative reasoning. It will also include languages and communication skills. Compared to the current 10+2 system, this new curriculum will focus on these areas. In short, it will ensure a better overall educational experience for children. And it will help them excel in their academics and the job market.

– The new education policy in India will replace the current 10+2 format with a 5+3+3+4 system. The new NEP, which replaces the rules from 1986, will integrate school and higher education and create an integrated approach. The new curriculum will cover age groups from three to eight and emphasize experimental learning. For ages eight to eleven, 5+3+3+4 will focus on advanced math and science education.

– The New Education Policy 2020 is a far more ambitious goal for Indian children. In addition to the traditional 10+2 structure, the New Education Policy 2020 will see the return of two million children to the mainstream and create a solid foundation for secondary education. However, the new education policy will take some time to implement. In addition, adequate funding will be necessary to make it work in the long term.

The government is now considering the inclusion of ISL in the national curriculum. This will provide an additional language to children in schools and Hindi and English. Since the formative years of children’s development are critical for linguistic and cognitive development, Sharma hopes that the new education policy in India will encourage multilingualism and inclusive education. She also hopes the policy will result in a better education system.

The deaf and mute community in India faces immense challenges, especially during times of lockdown, when they cannot read or understand public notices. It is also difficult for deaf children to study under the new online education system because most parents do not know how to sign. The government should help deaf children by introducing ISL as an official language in schools. The government has the power to shape our future. Vaibhav Kothari is a good example of this.

This study also explored the effects of captioning and the placement of an ISL interpreter on the comprehension of advertisements by hearing and deaf audiences. The researchers found that the presence of an ISL interpreter improved deaf viewers’ perception of advertisements. They also found that using captioning increased the perception of hearing viewers. Interestingly, the study found a correlation between the use of ISL and understanding of advertisements between deaf viewers and those who had access to captioned videos.

The new education policy in India will focus on integrating multiple fields of learning, including multidisciplinary studies. Undergraduate degrees will be three to four years long, and students can choose between multiple exit points. For example, one year of study can lead to a diploma, two to three years to a Bachelor’s degree, and four years to a Ph.D. or a master’s with research. The new policy aims to provide 21st-century capabilities in multiple disciplines, enabling economic independence and a more rounded person.

A new education policy in India defines a university as a multidisciplinary institution, offering undergraduate and graduate programs in various disciplines and community engagement. The benefits of multidisciplinarity cannot be overstated. For example, graduates of sales and marketing could benefit from studying Behavioral Psychology. In addition, political scientists could use their mathematical knowledge to analyze quantitative research. In addition, multidisciplinary studies provide multiple avenues to learners, which may finally end the debate between specialists and generalists.

The Right to education is guaranteed for children under the RTE under six and fourteen. This policy also includes the proposal of model schools in the Union budget. The RTE bans competitive examinations for students in classes one to eight, a move criticized by many academics. The new policy also proposes to open up the higher education sector to foreign direct investment. However, the new policy may cause social exclusion, as many poor and disadvantaged students will be deprived of education.

The NEP, which came into effect in July 2020, has several ambitious goals. The policy aims to make the Indian educational system world-class by 2040. The Government of India has set a target of 2040 for implementing the policy. One key point in the NEP is that the proposed reform will be implemented one by one. The GOI and state governments will collaborate to bring about reform in each of these areas. These committees will meet with state-level ministries to implement the policy.

The new national education policy focuses on four pillars of learning: access, equity, quality, and accountability. This policy aims to improve the quality of higher education in the country and is a major step in the right direction. It will be beneficial for the country as a whole. It will be difficult to determine which of the new policies will be successful, but the benefits of the new policy cannot be underestimated.

The NEP 2020 aims to change the way we think about public education in India. It seeks to improve access to schools while allowing children in poor areas to learn their regional languages. This policy also proposes the rationalization of small rural schools. However, despite the laudable goals, it ignores the fundamental Right of all children to high-quality education. In addition, it downgrades the concept of “right to education” to “right to learning” and focuses only on “learning outcomes.”

The reason why Do People Struggle With Period Management?

Why You Should Enroll in Alison Courses