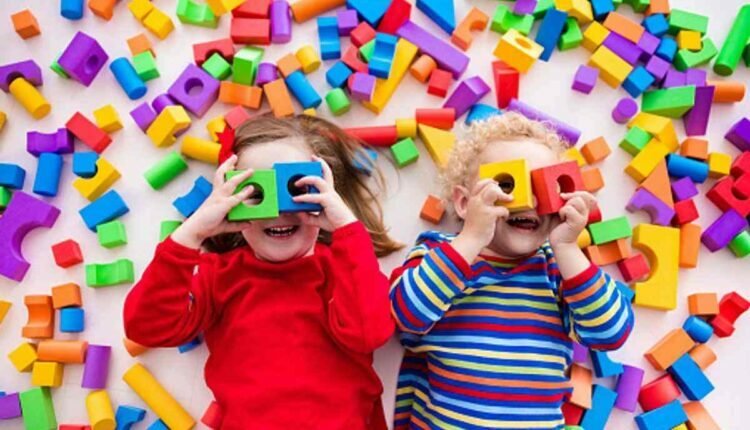 Playtika is an Israeli digital entertainment company specializing in mobile casino games. As of 2021, the company had over 35 million monthly active users. This makes them one of the leading developers of online casino games. In addition to their casino games, Playtika also offers a variety of social gaming options. These include Slotomania, Caesar’s Slots, Bingo Blitz, and House of Fun. There are many reasons why you should download these games.

You might have heard of Slotomania if you’ve ever played the free mobile game. The Israeli studio Playtika created it in 2011, and it’s now one of the most popular games for iOS and Android devices. The game is designed to be fun and fast-paced, with millions of players worldwide. It has an array of different features to keep you busy, from the ability to place multiple bets to the unique combinations of bonus rounds and multipliers.

The graphics are vibrant, and the game runs smoothly, which is especially important for a mobile game. Playing on a phone won’t affect the game’s graphics, and if you play on a tablet, you’ll get an even better experience. Slotomania is also compatible with any mobile device, including the iPad, iPhone, and Android. It’s a great choice for people with different mobile devices, especially if you’re constantly on the go.

Another notable feature of the Slotomania app is its ad campaign. It features Golden Globe winner Sharon Stone as Captain Slotostar, a superhero from the slot game. The ad also features a life-like animated finger. This ad campaign has managed to gain Hollywood icons and gaming enthusiasts’ attention. The commercial is a wonderful combination of gaming and Hollywood icons, as Sharon Stone’s career in movies ranges from Basic Instinct to Casino, two of the most famous movies ever. And with Slotomania, Sharon Stone has become an icon in the gaming world.

Caesar’s Slot at play tika is a mobile casino that offers over 100 slot games. You can play for free or purchase real money coins. These purchases can be made through Facebook or in-app purchases. The app takes advantage of the security measures found in most mobile apps, so your coins will stay in your account. You can also play blackjack, video poker, and roulette. All games are available in the US and Canada.

The app is widely available. It is free and secure and takes seconds to download and install. The app displays the lobby the same way as the desktop version, and the games work just as well on mobile devices as on PCs. You can even switch between PC and mobile games if you wish. The app is available for both Android and iOS devices. Using the app is as easy as installing the desktop version, making it the perfect casino for those on the go.

The app has over 150 games, and the free version is available in multiple languages. There are hundreds of winning combinations, symbols, and levels to choose from. If you have an Android or iOS device, you can download the app and play Caesar’s Slots similarly. If you want to play the game on a PC, you should install MEmu 7 – it’s free and offers full control over your game.

If you enjoy freemium online games, you should try Bingo Blitz from Playtika. Playtika was published in August 2012 and can be played on Facebook, iOS, Android, and Microsoft Windows. You can also play this game offline. Many players have praised the game for its fun and addictive gameplay. However, some have criticized it for being too difficult for novice players to understand.

Unlike other bingo games, Bingo Blitz is a freemium online game, and the developers have taken that into account when developing this casino game. You can play it on PC and Mac using the BlueStacks app player, and the free versions of the game offer daily bonuses of coins and credits. Additionally, you’ll find many fun features like powerups and multiple souvenirs in different cities. In addition to that, you can also win prizes and get extra credits.

As part of the game’s commitment to social good, Bingo Blitz is donating $300,000 to a non-profit called Meals on Wheels. Of this total, $200,000 will go directly to the charity. The other $100,000 will go to local activations. Some players will even have the chance to cook meals for Meals on Wheels clients. Additionally, the global community of players will have the opportunity to send letters and select gifts for senior citizens who are living alone.

You can try your hand at slot games in the free version of House of Fun by Playtika games. This slot machine game is based on real slot machines and has several different types of slots. Players can try different slots and win special prizes and bonuses without traveling to a real casino. The app has instructions for playing and is very easy to use. You can also get started for free and earn rewards right away.

Users can also get a daily bonus or surprise gifts. You can even participate in exclusive challenges. This social casino game has over 50 million players worldwide. It is available on Android, iOS, and Facebook. In addition, you can play with your friends. The game has an active Facebook community with over four million fans. House of Fun also has accounts on YouTube and Instagram. In addition to a Facebook page, you can also get the game through your friends’ social media accounts.

The company employs about 60 people and creates new themed slots games weekly. They also offer IAPs to encourage users to buy coins and comps. They focus on growing the user base in Asia, Eastern Europe, and South America. While the game is popular in many of these regions, the team at Playtika hopes to expand its reach to more countries. The team in Mexico, Taiwan, and the Philippines have already had great success with the app, but India didn’t take it.

After a successful launch in 2015, Slotomania has become a hugely popular app with over 70 million downloads and growing popularity in Indonesia. The game has been a hit with US players and is one of the most popular games in the slots category. The app is available on both iOS and Android and has enjoyed success since its initial release. This article provides an overview of the features and benefits of Slotomania 2.

Slotomania is Playtika’s crown jewel. Introduced in 2010, the slot game became a huge hit among web users and was bought by Caesars Interactive Entertainment just a year and a half later. Caesars Interactive Entertainment is the largest casino and gaming company in the US, with properties in Las Vegas and Atlantic City. In 2013 Playtika contributed to CIE’s $316.6 million revenues.

The game is intended for 21 and older users and does not involve real money gambling or winning real prizes based on your gameplay. You can, however, purchase virtual items with real money within the game. To play Slotomania on mobile devices, you must connect with your Facebook account. While it’s a fun game, it is not suitable for everyone. You must be at least 18 to play Slotomania.

The Israeli videogame company Playtika has made a move to acquire Reworks. The company, which makes various games and home decor, has been around since 2001. They’ve recently made a name for themselves in the gaming and home decor industry. This latest acquisition will help them continue to expand their portfolio and bring more new games to the market. The company has also added a game, Redecor, to its growing catalog of games.

Reworks is based in Helsinki. Playtika and Reworks have a presence in Helsinki, considered one of the leading cities for developing mobile games. With a proven track record in the entertainment market, the acquisition of Reworks will help Playtika attract top talent in the Nordic region. This move will also allow Playtika to take advantage of the growing popularity of gaming apps. In addition to creating an innovative new game for the mobile space, Playtika also plans to increase its customer base.

Reworks is one of the most popular games for iPhone and Android devices. With more than 36 million monthly users, the company has an enormous opportunity to grow its user base. Reworks’ users are highly demographically similar to Playtika, so the acquisition should boost the company’s sales by about $30 million by 2021. The acquisition of Reworks by Playtika is a major boost for the company, which already has a dominant position in the mobile gaming market. It also means that Playtika can leverage its Boost technology platform and live-ops expertise to expand into the design entertainment genre.