How To Handle Pet Peeves 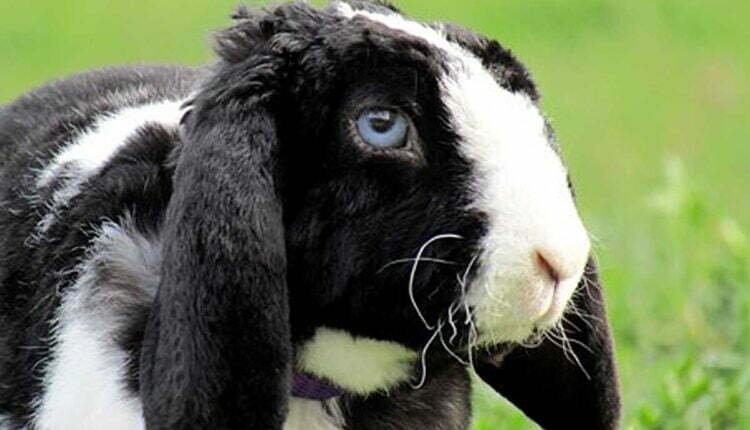 There are lots of things that bother me and I’ll bet some of them bother you as well. I really get disgusted when I go out to eat with someone and they start picking at my food. Our plates will arrive and they’ll say, “Oh, that looks delicious. I should have ordered that. Can I try some?” The next thing I know a fork or spoon that is not mine is making its way onto my plate and attacking my food. I don’t know about you, but there is something nasty about eating food that has already been attacked and partially eaten by someone else.

My first instinct is to stab anyone that tries to taste my food. I know that’s not nice, and that it is probably illegal, so I have come up with a solution to deal with a habitual food stealer. When I go out with someone I suspect will try to steal my food, I ask the server for an extra plate for my companion so that they can have a good healthy taste of my meal. Most servers have no problem with that and I think it sends a message to the potential food thief. My goal is to embarrass them enough so that they will learn to eat their own meal and leave mine alone.

Another thing that drives me crazy is people that bother me when I am shopping. I work constantly, go online a lot, and in the time that’s left I use to try and sneak in some quick trips to the mall or local stores. Being a young and tall woman, it’s not always easy for me to find the exact look or size that I want in clothes. Accessories are even worse. It’s a chore to go through all that stuff they have at the stores. It’s worse when people annoy me.

There I am, trying to find something to wear that will work for me and some idiot guy comes up and says, “Hey, how are you? Remember me? We took that class (or whatever) together last year.” Well, I want to tell this dude that I was fine until he came along, but I don’t want to look like some obsessed Shopzilla, even if I am one. I just tell him that I am fine, it’s nice to see him again, and walk away at a reasonably quick pace. Most guys get the message at that point. Girls are another story.

I have a few close friends and lots of acquaintances that sometimes get under my skin. My friends know the rules and leave me alone when I am shopping. If they come along, they are busy shopping for themselves and do not have time to bother me anyway. The same is not true for girls that know me from work, school, or somewhere else and need someone to bother. They come up and start telling me the long version of everything that is happening in their lives. By the time they are done, I know the color of the poop they made that morning and that’s way more than I want to know.

The funny thing is that just when they get to the juicy part of some stupid story they are trying to tell me, they get a call or text from some other annoying person. So there I am, standing around trying to shop, being annoyed and this person is making me even crazier by making me wait to hear the end of their ridiculous story. If I try to leave, they say, “Oh, I wanted to tell you what happened.” The first thought that crosses my mind is, “Yea, but I really don’t care what happened and I need to get my shopping done sometime before the world ends.”

I finally figured out that the only way to get rid of girls that are not my close friends without creating a scene or a bunch of drama is to use the old standby. I tell them, “Oh, I gotta go potty.” At that point, I head for an exit near the restrooms. I hate leaving a store in the middle of shopping, but what choice do I have? Some of the girls that like to bother me will hang around all day if I let them. I think they should get a full-time job, a dog, take some classes somewhere, or do some volunteer work. If you get into the same situation try the potty thing, or mention that you forgot your wallet and need to borrow some cash and watch annoying hangers-on run for the nearest exit. If they do not, at least you get paid for being annoyed.

I don’t mind dating and someone is always trying to ask me out. What I do mind are dudes that think it is alright to just come over to my place before I even invite them. I live in a small apartment without any roommates, so some of the guys that come to pick me up for a date think that means they can just come on over and visit anytime they like. They should know that with me, there are always rules – lots of rules! Those that do not obey do not get access to me. I never have guys over anyway, just close friends and family. You never know if someone that seems nice will turn out to be a crazy person, serial killer, some other freak, or the kind of guy that wants to move in after the first date.

I actually came home a couple of times and found a guy that I dated just one time hanging out at my front door. Did I invite him in? Not in this lifetime! The first time he came over, I told him to leave and he did. The second time, I went and got the Super and had him thrown off the property. He never came back and that was a good thing. On top of violating my privacy, this guy came right from his job and he smelled really bad. The stink was obvious from five feet away. I could not believe that I even went out with this guy at all.

While I am on the subject of odor, I do not know why guys think it is alright to smell bad. Do they think girls like it? Some women do the same thing, but they use perfume instead of body odor to be offensive. A good example is the low-life gals that buy dollar-store cologne, practically take a bath in it, then go out in public with that stink on their bodies. Since the government always wastes our tax money, they should waste some on installing Smell Alarms all over cities and towns to detect people who cannot tell that they are disgusting and making everyone else sick. There has to go to be some kind of federal air pollution law against that kind of odor, right?

If you have friends, dates, or relatives that try to invite themselves to your place, tell them that the NO VACANCY sign is lit and that they need to respect your privacy. Be firm and not apologetic. If you know people that need a bath or use way too much scent and not enough sense, get them an inexpensive gift basket of different colored soaps made in some third-world country. You can find these at the same dollar store where they probably buy their disgusting knock-off cologne and perfume. If the soaps do not get the point across to them, wrap up a roll-on deodorant as a present and leave it at their door.

Lots of things bother me, but I will list just one more and tell you how I decided to handle it. Every time I go to a family wedding reception I am embarrassed. And it’s always the same people that make fools of themselves. The cannibal tribes of our family come and eat everything in sight. Girls who are related to some distant relative I have never heard of come out, are always pregnant, and wear inappropriate clothes that show more of them than any of us want to see. And then there are the beloved drunks.

I do not drink alcoholic beverages and there are good reasons for that. Just watching certain relatives tank down on beer, wine, and whatever else they can lay their hands on for free at family wedding receptions is enough to keep any sane person completely sober forever. They are really disgusting and always end up tossing their cookies by the time the reception is only half over. They flirt, they grab, say stupid things, and start trouble. I cannot believe I am related in some terrible way to these Neanderthals.

Last summer I was forced to attend yet another family wedding reception by my mom who said that she would disown me if I did not show up. My mother is the kind of person that keeps in touch with every single relative we have. She knows all the first, second, and third cousins and everyone that has ever been a part of the family by birth or marriage. If she hears about a wedding, we all get invitations. Mom is all about family obligations and, lucky me, going to all the weddings is number one on her list.

It’s funny how the News Reporters say that fewer people are getting married; not in my family. That’s not to say that they stay married, but that’s another story. The wedding reception I attended last summer was yet another disaster. Once again the usual crowd of drunks showed up, threw up, and this time they started a big fight in the parking lot. We had cops everywhere. They were hauling away everybody in sight, men and women. I was inside at the time, so I avoided a free ride to jail in some squad car that probably smelled like stale coffee and donuts.

After that last melee, I decided enough was enough with the whole family weddings gone wild thing. I got together with mom and some of the more sensible and intelligent members of my family to talk about all the bad things that had happened at recent wedding receptions. We decided to make it clear to the more rowdy elements of our clan that they were banned from all future weddings until they got their drinking under control. We also made a decision to suggest to the families of future brides and grooms that invite us to their receptions that they avoid embarrassing situations by establishing a dress code and killing the open buffet-style meals in favor of a dinner menu with servers.

We needed to make these changes because all of us were sick to death of people showing up at family wedding receptions half dressed, eating all the food up before most of the guests even arrived, and seeing everyone have to step in throw up, watch fist fights break out and hear the f-bomb dropped after the usual crowd of drunks had a few too many. The only alternative to our plan was to hire the Hell’s Angels Motorcycle Club to police our wedding receptions and no one in the family wanted to go there.

I was born in Flushing, New York City, and have lived in many places since. I love to write fantasy stories, as well as non-fiction articles about some of the funny and interesting things I have seen and experienced. I enjoy Maplestory and other online role-playing games, do you? Please.

Getting Rid of Blackheads – An intensive Guide

How will you Choose The Right Grass For Your Grass?