What is Cell Theory? 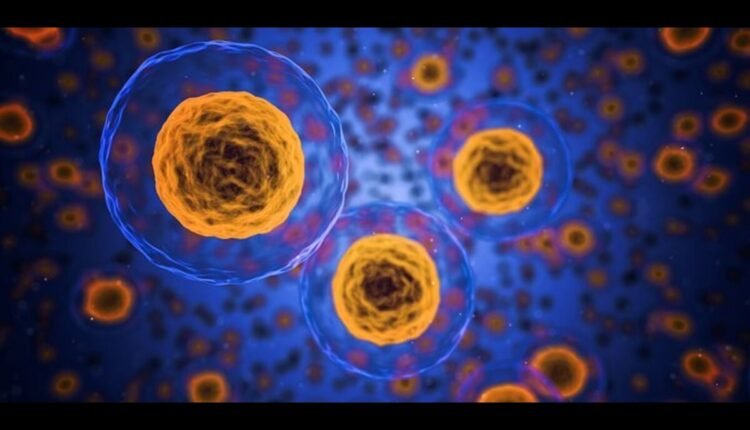 Cells are the basic membrane-bound units of structure and function in any living thing. They divide to form two copies of hereditary material and differentiate to produce tissue and organs. The basic idea behind cell theory is that cells are the basic building blocks of all living things. Learn more about cells in this article.

Contents hide
1 Cells are the basic membrane-bound unit of structure and function in a living thing.
2 They divide to produce two copies of hereditary material.
3 They differentiate to produce tissues.
4 They form organs
5 They contain enzymes
6 They carry out chemical reactions.
7 They store genetic information.

Cells are the basic membrane-bound unit of structure and function in a living thing.

Cells are the basic building blocks of any living thing and consist of the fundamental molecules of life. A single cell can be as simple as bacteria or yeast and evolve into a complex multicellular organism as it matures. As it grows, it acquires specialized functions and cooperates with other specialized cells to perform certain functions.

Cell membranes are made of fat-based molecules called phospholipids, which serve to prevent water-loving substances from entering or leaving the cell. These membranes are also studded with many proteins, which serve different functions. Some proteins function as gatekeepers or markers, while others act as messengers.

They divide to produce two copies of hereditary material.

Cells divide to produce two copies of heréditary material in a meiosis process. This process is similar to mitosis but adds an extra round of division. During the first division round, the mother cell copies DNA molecules into rods or chromosomes. The chromosomes pair up and then line up at the centre of the cell. The resulting two cells each have 23 chromosomes.

During mitosis, the second copy of DNA is added to the cell nucleus. When chromosomes are lined up in a row at the centre of the cell, they stick together, making an X-shaped structure under the microscope. The nuclear membrane then breaks, and the chromosome pairs move outwards to opposite cell poles. Eventually, they form two genetically identical daughter cells.

They differentiate to produce tissues.

The processes of cell differentiation are important for the development of many human and animal tissues. This process is controlled by transcription factors, which regulate the activities of the DNA in the cell. These factors influence the transcription of DNA and turn it into functional proteins. The body produces hormones and substances that control the expression of certain transcription factors.

Cells are the building blocks of all living things. They are composed of a cell membrane, a nucleus, and a cytoplasm. These components work together to form tissues and organs. For example, a dog’s heart is composed of several layers of tissue: muscle tissue, nerve tissue, connective tissue, and covering tissue. Each of these layers receives blood, which helps the heartbeat. When a dog’s heart contracts, the tissues work together to pump blood.

All cells share some common strategies. They keep outside substances out, let in necessary substances, and replicate themselves to stay healthy. Cells form organs and tissues that work together to keep the body healthy and functioning. Despite their similarities, cells are incredibly complex structures. Experts estimate that the human body contains around 200 different cell types. Each type has its specific function.

Enzymes are large proteins produced in living cells and are essential for growth and energy production. Without enzymes, cells cannot survive and cannot produce the energy needed to maintain life. Enzymes can be found in plants and animals and are essential to our lives. Cells contain many different kinds of enzymes. The purpose of enzymes is to regulate biochemical reactions, and they help us live.

Enzymes help our body digest large molecules of food. They break down food and guide them through the intestinal wall into the bloodstream. They also play other important roles within the body. Enzymes can become damaged by heat, disease, or harsh chemical conditions. When these enzymes are damaged, they can no longer perform their functions. Enzymes are essential for the digestive process, and if you suffer from digestive problems, you can take a supplement of enzymes to help your body work properly.

They carry out chemical reactions.

Cells are tiny factories, performing millions of chemical reactions each second. These reactions provide energy and allow cells to survive and multiply. The chemical reactions inside a cell are often complex and require a lot of energy. The cell’s metabolism is a complex system of reactions carried out by enzymes.

Enzymes are proteins that perform chemical reactions. They act as catalysts by lowering the activation energy of chemicals. Enzymes can carry out many chemical reactions simultaneously, at high rates, and with remarkable specificity. Enzymes are named by adding -as to the name of the reaction or substrate, although some have arbitrary names. The International Union of Biochemistry and Molecular Biology assigns each enzyme a name and a number.

The genetic information in our cells is stored in discrete bodies called chromosomes. Each chromosome is made up of one strand of double-stranded DNA. DNA is complex with carbohydrates and proteins to form chromatin. Chromosomes replicate before cell division and are located in the nucleus of each cell. When a cell divides, one chromosome from each pair of homologous chromosomes is distributed to the daughter cell’s nucleus.