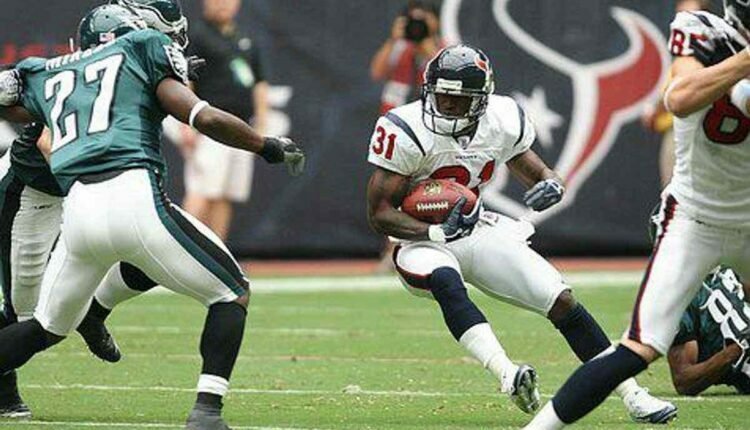 No NFL team has ever finished as the worst squad in football three consecutive seasons, and only a handful of times has a team been bad enough to earn the first overall pick in the NFL draft two years running. Recently, the Cleveland Browns took both Myles Garrett then Baker Mayfield first overall in back-to-back years, while Jacksonville has selected first in the last two NFL drafts. The odds of Jacksonville finishing last again, though, are very slim.

So, here are some of the teams that will be criticized heavily by sports news while running to land the first overall selection in the 2023 NFL Draft.

Houston’s listed draft needs that scrolled across the screen on draft night read ‘Every Position”. It was the first time I’ve ever seen a team needing a new player at every single position on the field, on both sides of the ball.

The Texans didn’t take a new quarterback in the entirety of the draft, meaning they enter the season with Davis Mills as their trusted man throwing passes. Instead, he’ll be passing to a receiving corps made up of Brandin Cooks, Nico Collins, and rookie John Metchie, not the most experienced bunch.

Brevin Jordan will start at a tight end, while Marlon Mack will receive the handoffs.

Their defense has some young, talented pieces, but they are a good five to six players away from being comparable to an acceptable NFL defense.

Houston will be evil this year, and hopefully, they get what they want with a new Q.B. for next season.

The Seahawks are a complete mystery, as the NFL world went into shock when they seemingly decided to enter the year with Drew Lock and Geno Smith as their options at quarterback.

Though head coach Pete Carroll has praised Lock on numerous occasions, it’s apparent that they didn’t want to give up anything in a trade for a more experienced starter, like Baker Mayfield. They also clearly did not think highly of any quarterbacks in this year’s draft class.

The lock has weapons, with D.K. Metcalf and Tyler Lockett are catching passes, but the odds of one or both of them being traded at the trade deadline are very high.

Their defense is pretty solid, but it’s in a rebuilding stage after the departure of linebacker Bobby Wagner. It’s not that they’re nearly as bad as Houston; the play at quarterback may lose them more games than they probably should.

The Bears did the opposite of what most rebuilding franchises tend to do. They got their quarterback and then decided to try and fix the team up around him instead of fixing the team up and finding a Q.B. that has the chance to win games.

A bad Bears offense will likely be even worse as second-year starter Justin Fields will have almost no options to throw the ball to. Darnell Mooney had a good year last year but is not of the number one receiver caliber. Former Kansas City Chief Byron Pringle and rookie Velus Jones make up the remainder of the starting wideouts.

David Montgomery will again have to carry the load behind a deteriorating o-line and a once-frightening defense to face lost Khalil Mack in the pass rush. He will rely heavily on Robert Quinn to sack opposing quarterbacks.

Chicago’s secondary is also spotty, with numerous spots filled with practice-squad-level players. As a result, it will be a rough season for Bears fans as they watch their beloved quarterback run himself into the ground for the duration of a lost season very early on.

The Falcons are going to downright stink next year. Marcus Mariota is starting at quarterback for the first time in years, with rookie Drake London as his only real option, unless you’re counting Olamide Zaccheaus as a formidable starter.

Cordarrelle Patterson will need to average at least 150 yards from scrimmage every game behind a lousy offensive line if they want to score any points.

Outside of the two cornerbacks, the majority of the defense is pretty awful and won’t be able to stop anyone. Atlanta will fold and do so quickly to get what they need at the top of next year’s draft.